Awesome Complete set as of 2021 in 1/64 Scale of 2 awesome Greenlight Collectibles ultra Limited's in Die-cast Hot Pursuit Police sheriff State Trooper Highway Patrol 1/64 Scale VHTF Scarce and Exclusive Ultra limited edition Grey Pennsylvania State police car Promos you will get the complete Grey set of 1/64 Scale Hot Pursuit 2017 Ford Police Interceptors to date one Sedan and One SVU in this bundle of 2 Exclusives. These are a Promo Only release and not available in retail Stores. Strict Limit of one set per order per Customer Please so everyone has a chance before these sell out. they are ultra limited to 1 of only 3024 pcs of each release.

DUNMORE — Here in Pennsylvania, from Pittsburgh to Philly and everywhere in between, we’re used to seeing state police in white vehicles, responding... 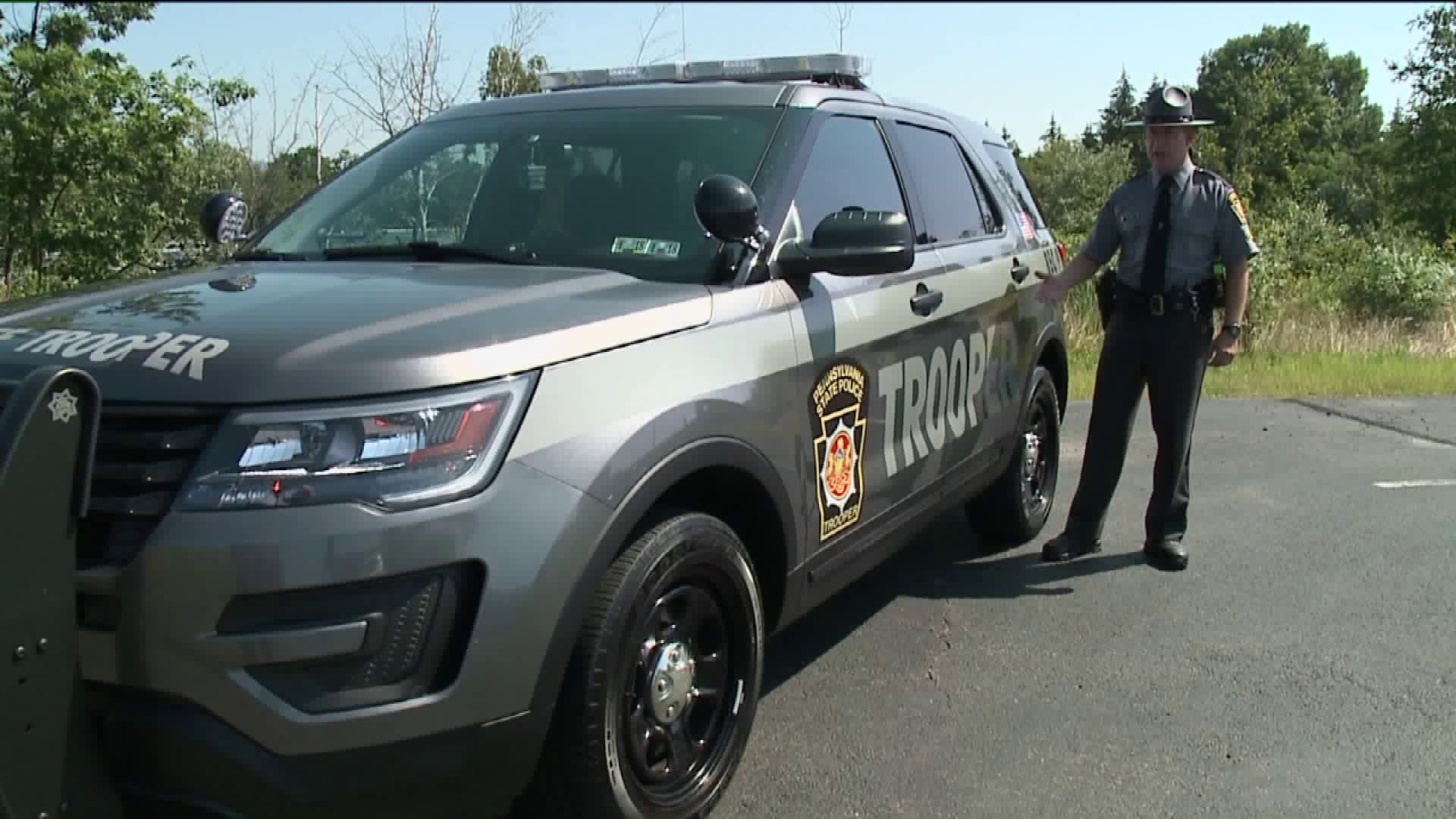 DUNMORE -- Here in Pennsylvania, from Pittsburgh to Philly and everywhere in between, we're used to seeing state police in white vehicles, responding to emergencies or just a routine day on the road.

Now, those vehicles are turning a darker shade one by one as the state updates the fleet.

"This is one of the things they looked at and wanted to change. They wanted the public to make an association with the gray car to match the gray trooper uniform," said Tpr. Mark Keyes, Pennsylvania State Police.

At the state police barracks in Dunmore, Trooper Mark Keyes showed off the new look of a state police SUV. It's gray all over and on the side, in all caps, the word "Trooper."

"It's reflective at night. They wanted the trooper vehicles to be readily identifiable."

Troopers explained there are some for whom it will take some getting used to the new gray sedans and SUVs.

"We've had a few people remark about being pulled over and not sure who was pulling them over because they're not used to seeing the gray cars."

For decades, white has been the color of state police cruisers throughout the Commonwealth. Now as each of the old vehicles get phased out, new gray ones will be replacing them all across the state.

"When they see it's a trooper vehicle, they're shocked. We get a lot of compliments," said Cpl. Manny Hicks.

"It's nice. I like that it says 'Trooper' on the side," said Destinney Matthews of Scranton.

"I think it's a stunning color. It blends with highway patrol and the support our officers give us," said Steve Szydlowski of Moosic.

State police vehicles were gray more than 50 years ago. The change back to gray should take three years as each white vehicle that goes out of service is replaced by a gray one.

With many cool upgrades available by department preference

This product hasn't received any reviews yet. Be the first to review this product!